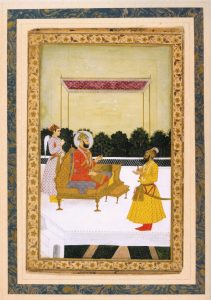 Female syeds are given the titles Syeda, Alawiyah, or Sharifa. In some regions of the Islamic world, such as in India, the descendants of Muhammad are given the title Amir or Mir, meaning commander, general, or prince. Children of a Syeda mother but a non-Syed father are referred to as Mirza. 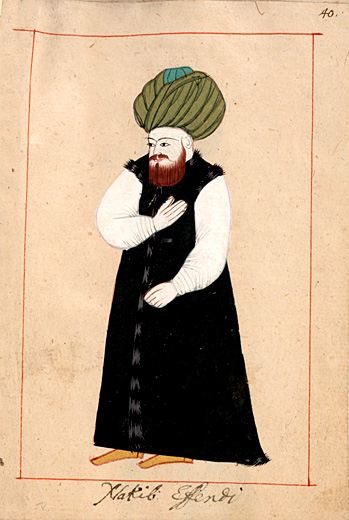 The Syeds are by definition a branch of the Banu Hashim, a clan from the tribe of Quraish that traces its lineage to Adnan and therefore it is directly descended from Ishmael (Ismâ`îl), as well as being collaterally descended from his paternal half brother Isaac (Isha’aq), the sons of Abraham (Ibrahim). Syeds often include the following titles in their names to indicate the figure from whom they trace their descent. The descendants of Ali and his other wives are called Alvi syed; they are titled Shah, Sain, Miya Fakir or Dewan.

There are numerous Syeds in Pakistan. Some of these Syeds first migrated to Gardez, Bukhara, and Termez, and then to South Asia. Many settled early in Khyber Pakhtunkhwa, Sindh, and Punjab. There are many syeds of both Shia and Sunni sects of Islam. Amongst the famous Syeds who migrated to this region were Shah Yousaf Gardez of Multan, who came to Multan, Punjab, around 1050 AD. His grandfather, Syed Ali Qaswer, a decedent of Hazrat Imam Jafar Sadiq, the grandson of Hazrat Imam Hussain AS, migrated from Bughdad and was settled in Gardez, Afghanistan. The Gardezis of Pakistan and the Azad of Jammu and Kashmir are his descendants. Other saints include Baba Shah Jamal, Syed Ali Shah Tirmizi, Makhdoom Jahaniyan Jahangasht, Syed Kastir Gul Kaka Sahib of Nowshera, Syed Meeran Hussain Zanjani, Pir Baba of Buner, Jalaluddin Surkh-Posh Bukhari, Shaykh Syed Mir Mirak Andrabi of khanqi Andrabi in Indian occupied kashmir and Syed Muhammad Al-Makki. Syed people of Pakistan are figured as the most prominent and well-established people of the country, with a number of them having become popular and well-known religious icons, political leaders, and professionals. Furthermore, Pakistan currently holds the largest Syed population in all of South Asia. Mashwanis are also living in Pakistan.

The Syeds from Sheraz, Iran migrated to Baluchistan and later to Sindh are known as Sherazi Syed. They are living in Jacobabad and Thatta. The first Sherazi Syed to migrate from Baluchistan to Sindh was Malook Shah who was saint. He is buried near Jacobabad city. Another famous saint of Sindh Mehr Shah was from the lineage of Malook Shah. MPA Aijaz Ali Shah and Ex-Provincial Secretary Arbab Ali Shah are Sherazi Syed.

The Tirmizis, who settled in Pakistan, are mostly descendants of the great Sufi spiritual saint Syed Ali Shah Tirmizi Pir Baba. Pir Baba’s grave and shrine is in Bacha Killay village in the mountainous Buner District of present Khyber Pakhtunkhwa Pakistan. He was also known as “Shāh Kurassan” (“King of Kurassan”).